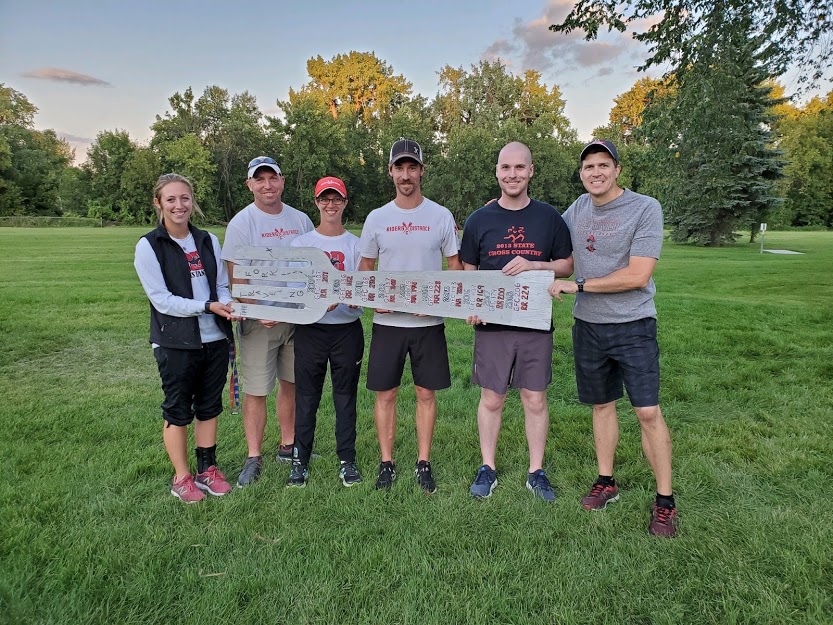 Coach Dafoe begins his eleventh season as the head cross country coach at Red River in 2019. Dafoe is also an assistant coach with Red River’s track and field team and was named the State Boys Coach of the Year in 2015 and in 2017.

The 2019 season marks Coach Boese’s sixth year with the RR Cross Country program. Prior to coaching at RR, she coached track and field for five years at Grafton HS and four years at Grand Forks Central HS. Boese teaches in the science department at Red River.

Coach Arnold is in her fourth season as an assistant coach with the RR Cross Country program. Originally from Malta, MT, Arnold competed in cross country and track and field at Northern State University in Aberdeen, SD. She was also a competitive swimmer and has club swimming for seven years.

Coach Relling begins his fourth season with the program in 2019. He is a former team captain and competed for the Roughriders for six years.

Coach Dorsey joins the RR Coaching Staff in 2019. Dorsey ran for the Air Force Academy collegiately, competing in cross-country and track and field for the Falcons. After one season with the XC team, he specialized in the middle distances (400m-1500m) on the track. He retired as a Lieutenant Colonel in the United States Air Force in January of 2019, where he held the position of Deputy Group Commander of Global Hawk Operations. In the spring, Dorsey is in charge of the middle-distance athletes for the boys track team.