Monday’s Zimney Last Chance Meet, named after long-time RR Boys Track Coach Bob Zimney, offers athletes a final opportunity to post qualifying times prior to the postseason. In the hottest meet of the season thus far, the Riders battled 85 degree temps, 15+ MPH wind, and eleven other area teams. The Riders finished atop the team standings, scoring across all event areas.

Senior Carter Stinson gave the triple jump a try for the first time on Monday. As it turns out, that was a good idea. Stinson never jumped below 40’ on all six attempts, including a 42’0.5 jump. The mark won the event and qualified him for the state meet. Entering Friday’s Region meet, he is ranked #2 in the EDC. Junior Simon Haug also had a PR day, reaching 41’1 for a 3rd place finish. Stinson would later place second in the HJ (5’8) and third in the 4×4 to score 19.5 points, tops for any Roughrider boy Monday. 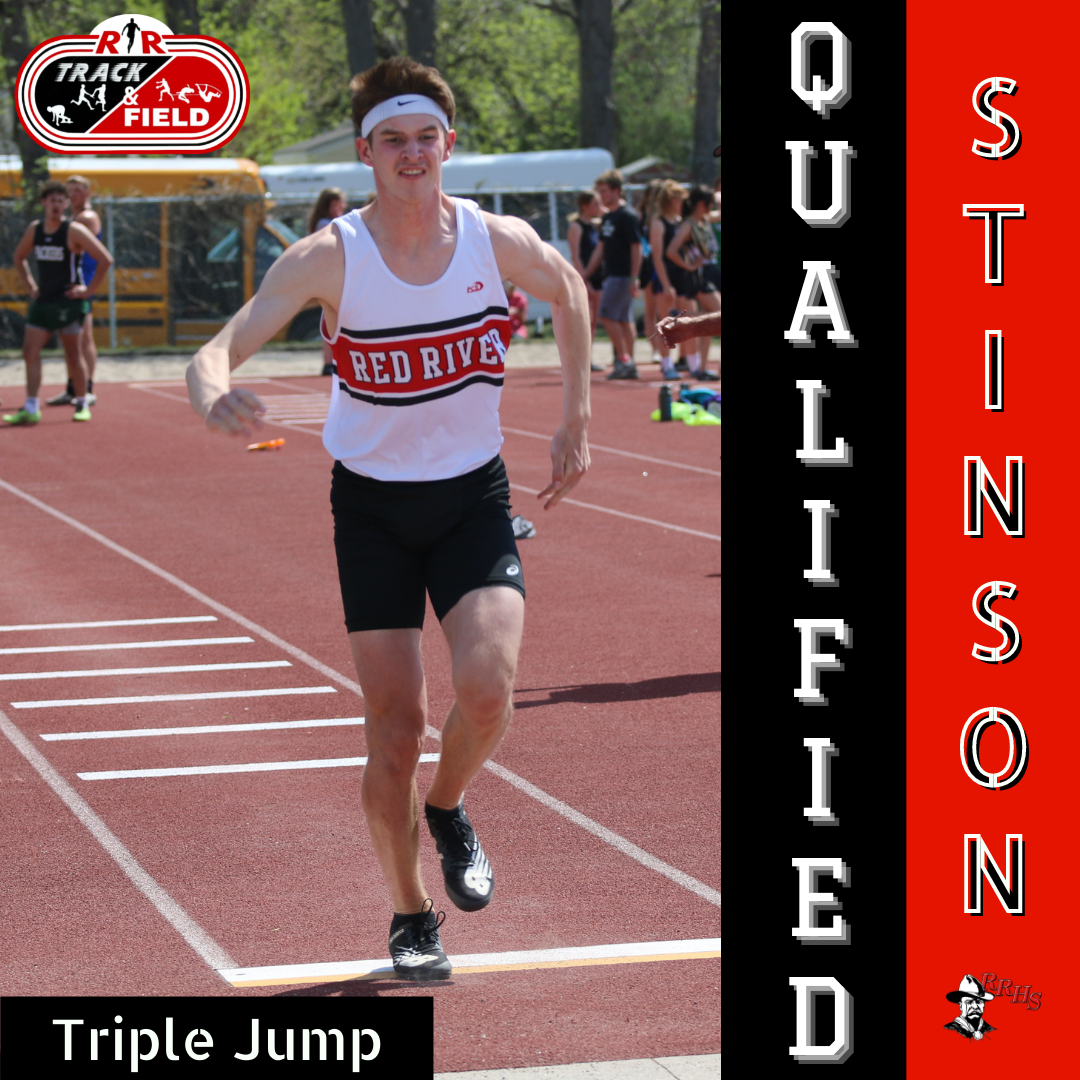 At the previous Zimney Last Chance Meet in 2019, the most exciting race was a 4×100 battle between juniors and seniors. Both teams ran qualifying times in the same race, which was the first time in school history that such a feat had occurred. Some friendly trash-talking, as well as a 2021 team more suited to the longer sprints, provided the impetus for the 4×4 Showdown this season. A thrilling race ensued, with a strong Thompson Tommie team jumping into the mix as well. The race was even throughout, although the juniors held a slight edge with clean handoffs. Although senior anchor-leg Mustafe Abdi’s fantastic 52.5 split closed some ground, no one could match junior Gannon Brooks’s eye-popping 50.8 split, which edged a Tommie for first place. The split is the fastest by a RR athlete since 2016. The juniors finished in a season-best and state qualifying time of 3:31.50. The seniors clocked 3:34.70, just .46 from qualifying. Both of these performances would not have been possible without the tremendous competitive atmosphere created within our own team. One to remember! Following this inspiring race was heat 2, which featured more Rider teams. In total, seven 4×4 squads competed Monday. The coaches were on top of their game and collected all 28 splits without any hiccups. A great end to the regular season! 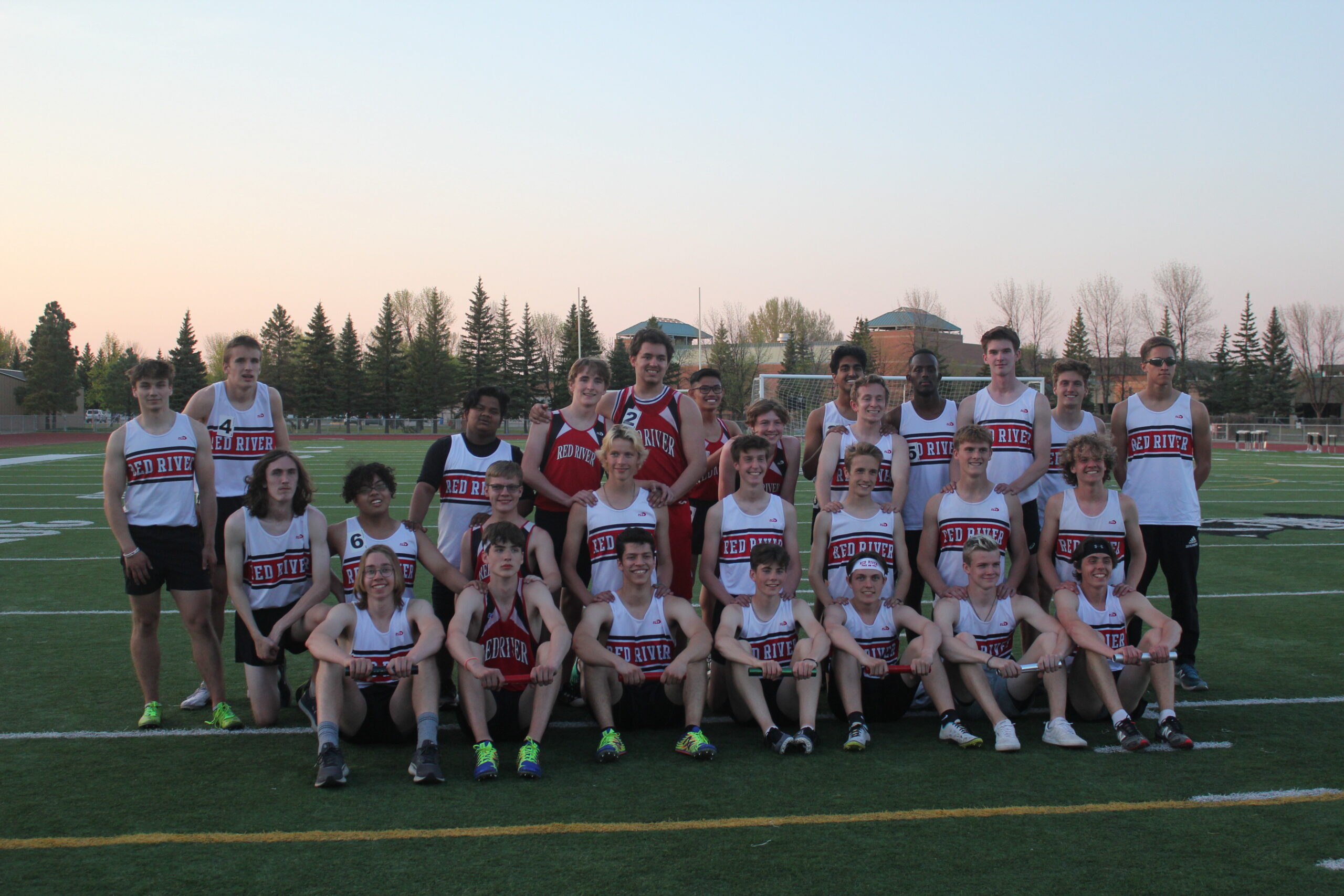 Senior Broden Diederich has already qualified in the 3200m and 4×8. On Monday, he hoped to become the seventh team member to hit the SQ standard in the 1600m. Diederich left it all on the track in Monday’s heat and wind. Unfortunately, he came up just short, missing the standard by .19 seconds. His time of 4:35.43 placed second in the event. He closed off the meet with a new PR split in the 4×4, clocking 55.4 seconds. Other PR’s in the 1600m came from freshman David Radke (5:08.50) and sophomore Jimmy Zumwalt (6:38.18).

Freshmen Mikko Angelo Villas has been a locker room favorite all season with his friendly demeanor, outgoing personality, all-out effort, and unique range on the track. The Mikko Trio has become the 300m hurdles, 800m, and 4×400 relay. On Monday, by his own request, the Mikko Middle-Distance Gauntlet was created. After setting a new PR in the 300m hurdles (49.65), Mikko added the mile to his repertoire, finishing in 5:33.98. He then came back to compete in the 800m (2:26.32) AND the 4×4. An impressive effort, to say the least.

In his first year out for the sport, sophomore newcomer Hudson Flom is still learning the intricacies of one of track and field’s most technical events, the pole vault. Showing steady progress all season, he had a breakthrough at the EDC JV Meet last Saturday, clearing 10’6 and just missing 11’0. At Monday’s Last Chance, Flom continued to reach new heights, clearing 11’6 and just missing 12’0. He placed second in the event.

The next meet will be the East Region on Friday at Cushman Field. All eleven EDC schools will be present. The top six placers, as well as those who achieve the SQ standard, will earn the right to compete at the State Meet in Bismarck, held on May 28-29.

Coach Bakke: “Hey juniors, what’s your team’s strategy in this 4×4 against the seniors?”