If you’re a fan of taking home some hardware, the Rotary is the meet to do it. Annually, the Rotary Club of Fargo sponsors a track meet and gives out fantastic trophies/medals for all place winners. With the allure of great prizes and calm weather, the Riders came to play on Monday. In an overall team effort, the boys put together one of their most complete meets of the season, finishing second behind the Spuds of Moorhead. 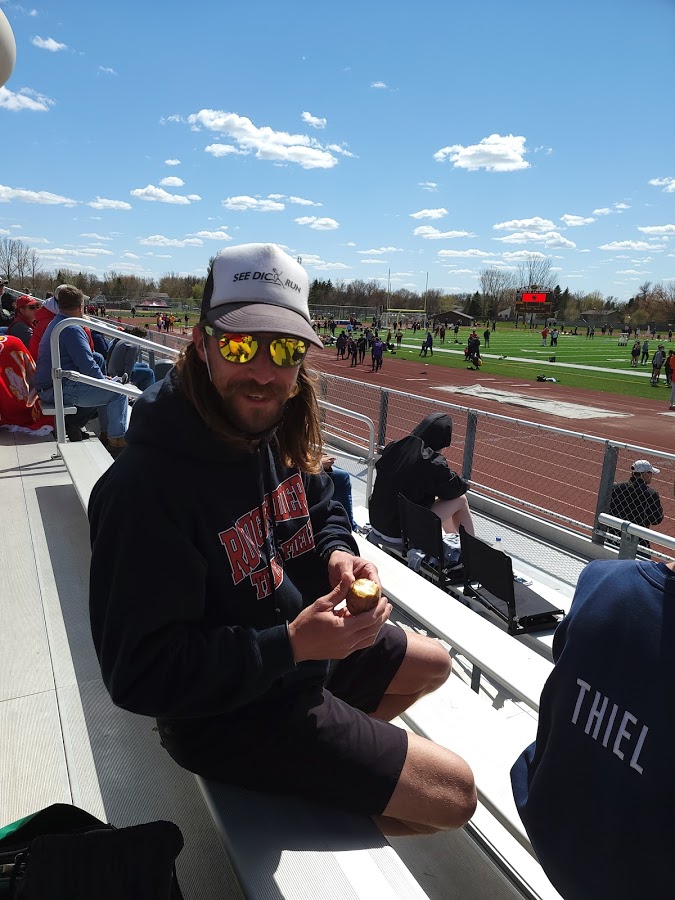 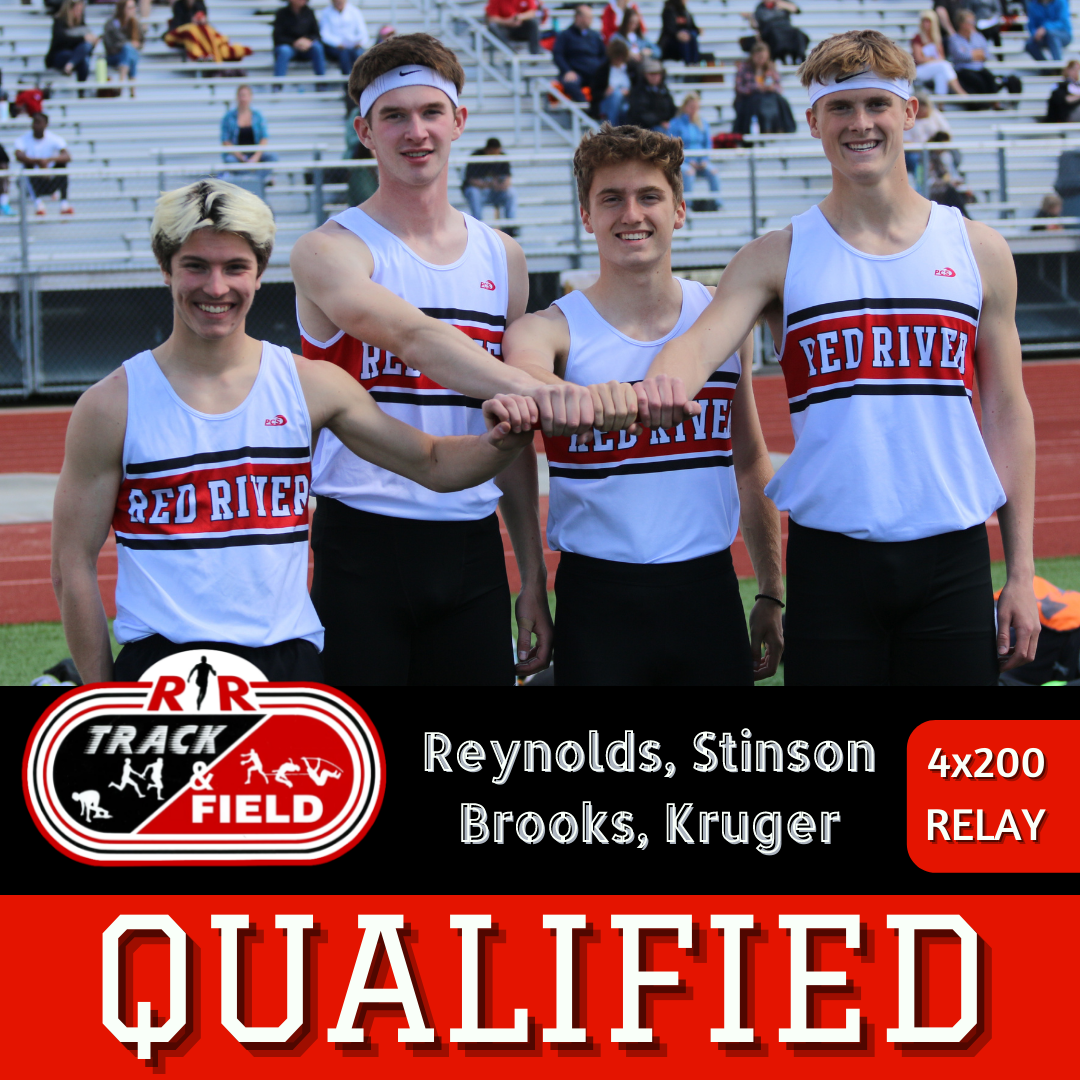 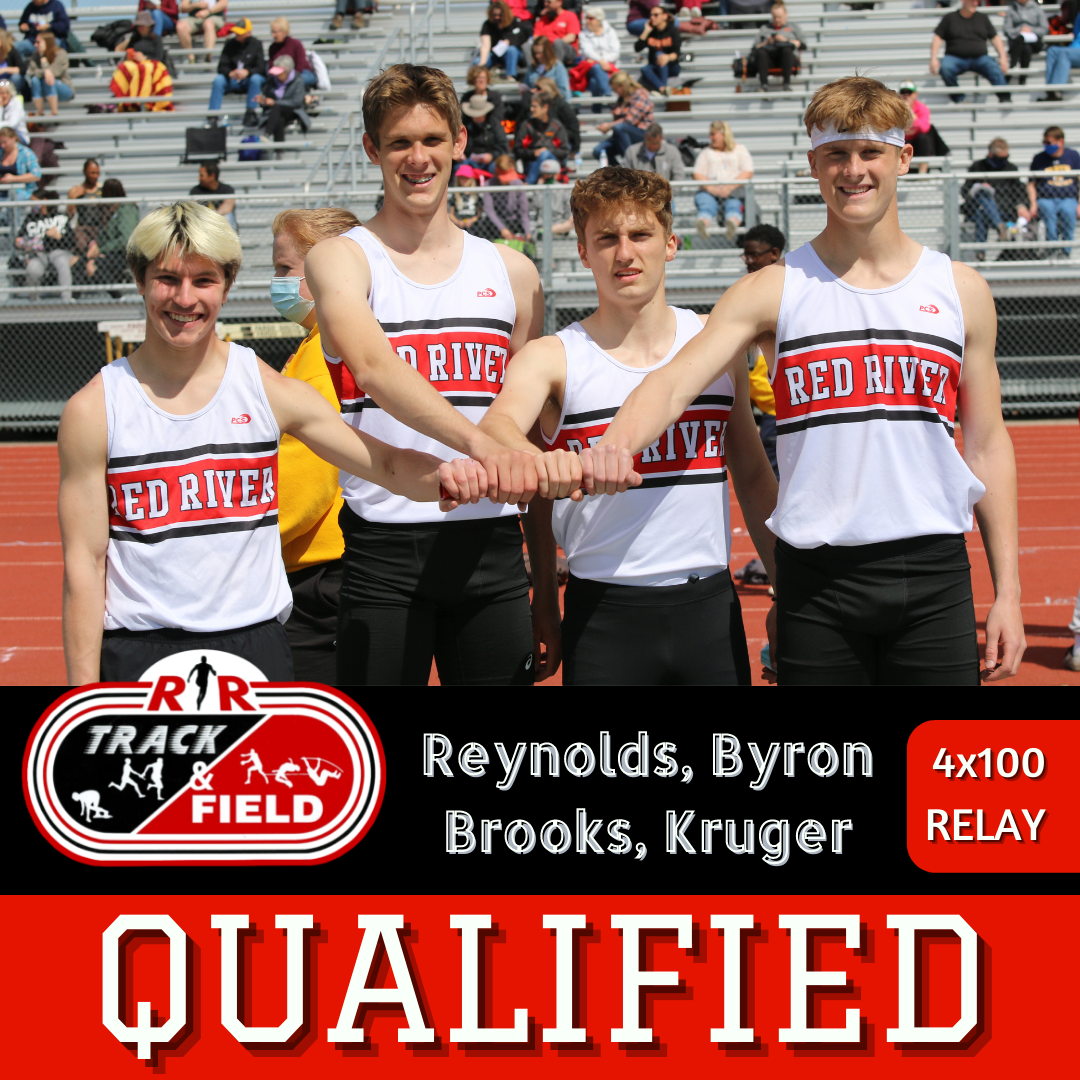 For the second time this season, sophomore Matt Rongitsch won the 1600m at Fargo South. On his second attempt, he came under the SQ standard with a new PR of 4:33.80. This was the first career SQ performance from Rongitsch. In qualifying, he became the sixth team member to qualify in that event this season. The 800m also saw some fireworks, as Hunter McHenry (2:00.45) and Jonah Dafoe (2:00.59) crossed the finish line just over the two-minute barrier, hitting the qualifying standard for the first time in that event. 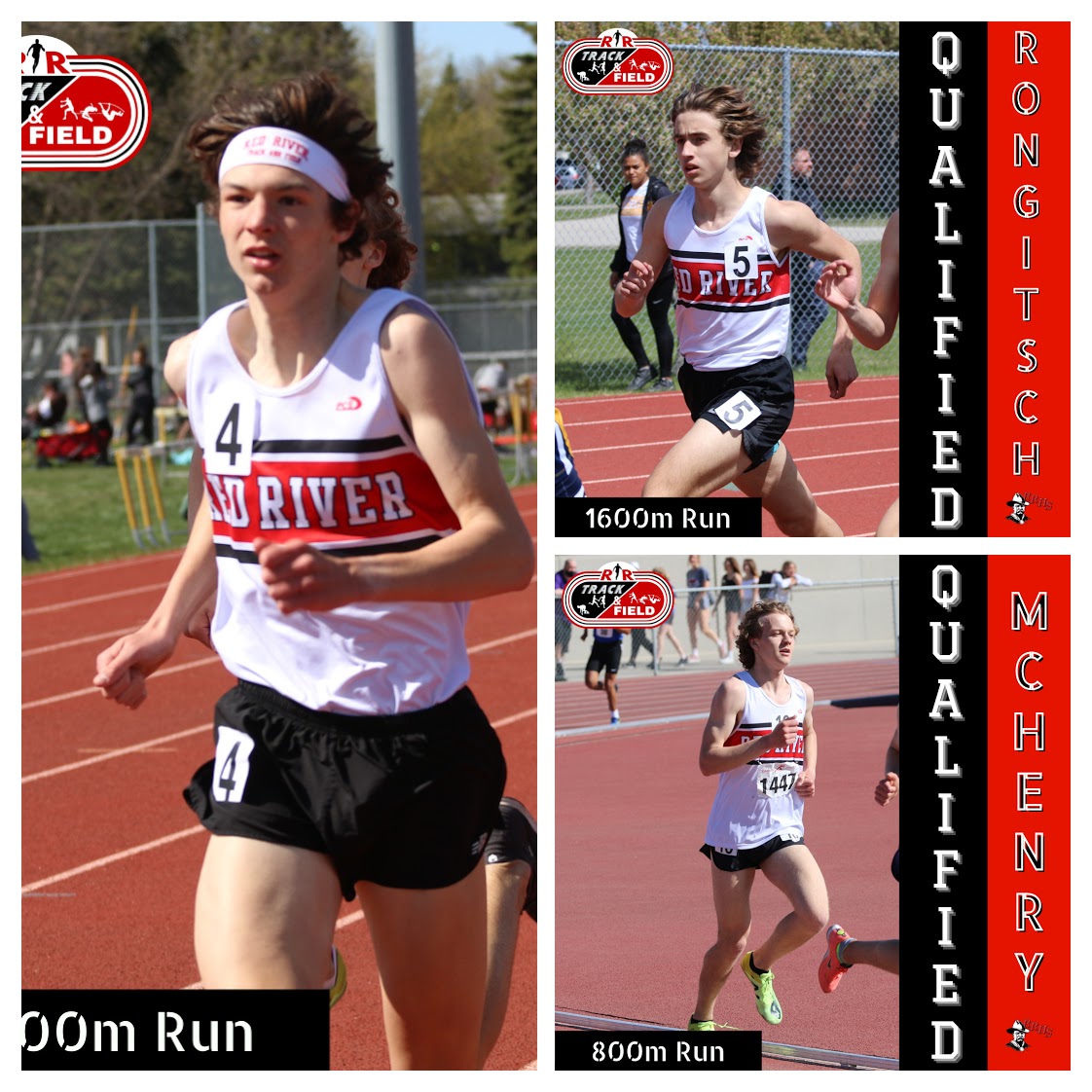 Sather Hits the Big One

Senior Sam Sather has flirted with qualifying all season in the shot put. On Monday, he finally put everything together and surpassed the standard with a new PR of 49’6. His toss placed second in the event. Currently, he ranks #2 in the East in the shot put. 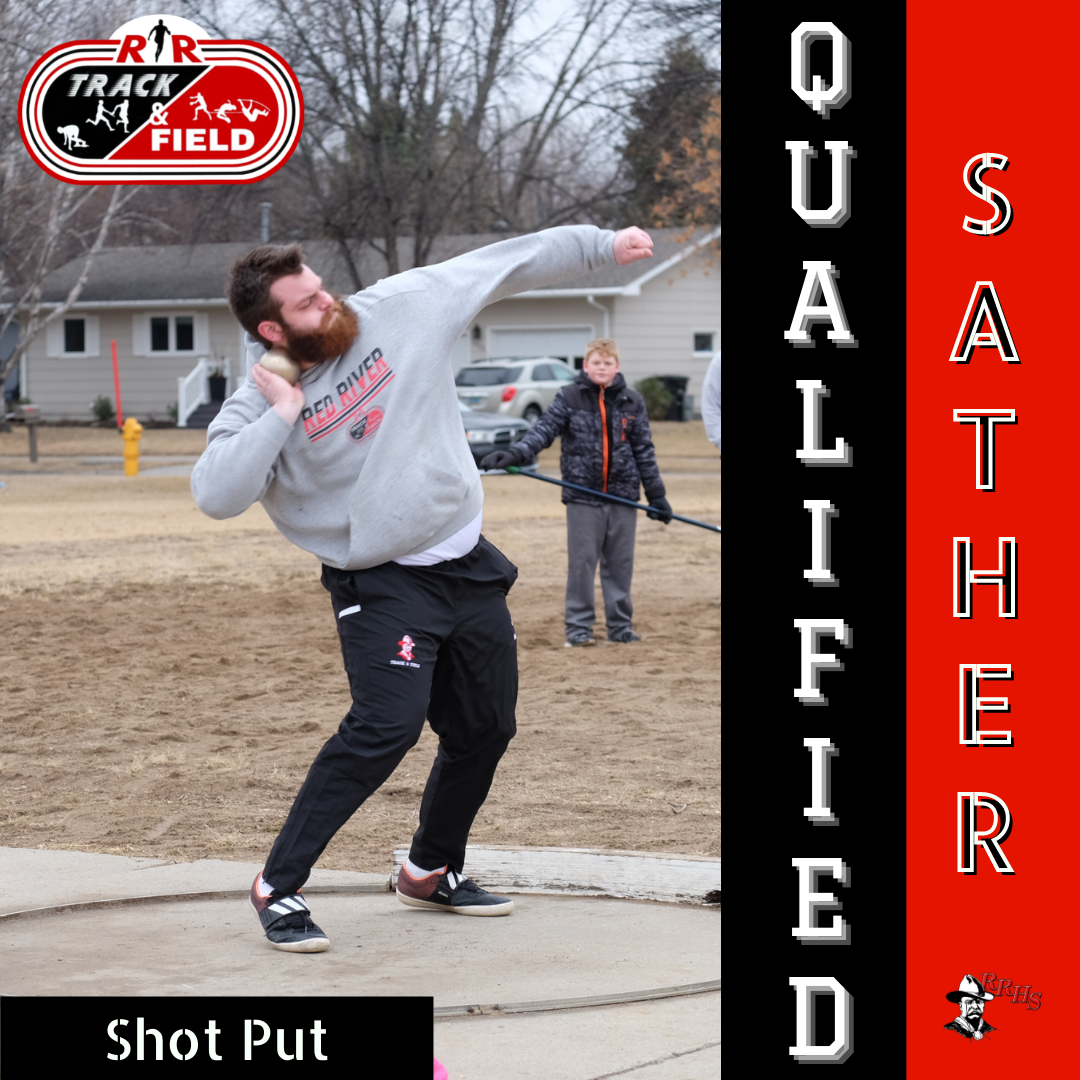 Once an annual showcase between the top schools in the East and West, this year’s Classic turned into a mainly Eastern affair due to the glaring absence of Bismarck-Mandan schools. Despite the strange road trip to compete against familiar schools, Duane Carlson Stadium always provides a fantastic setting for a track meet. Outscoring all other teams, the boys found themselves right at home in Minot.

Arason got back to his winning ways in Minot, taking titles in both the javelin (169’1) and discus (147’3). Sather also produced another big throw in the SP, with a second place (48’4) effort. Also scoring in the throws was senior Tyler Larson, who finished seventh in the DT (119’7).

When the wind calmed down and the sun started to shine, conditions for the mile were excellent. Junior Dameon Zenawick took advantage with a ten second PR, placing second in a time of 4:24.38. That performance is the fifth-fastest time in school history! Mustafe Abdi also managed a new PR, placing fourth in a time of 4:32.03. Both athletes teamed with Stinson and Brooks to run a state qualifying time in the 4×400 relay (3:32.86). The boys placed second in the event behind Williston. The quartet now ranks #3 in the East. With the addition of the 4×4, the Riders now have all four relays qualified for the state meet. 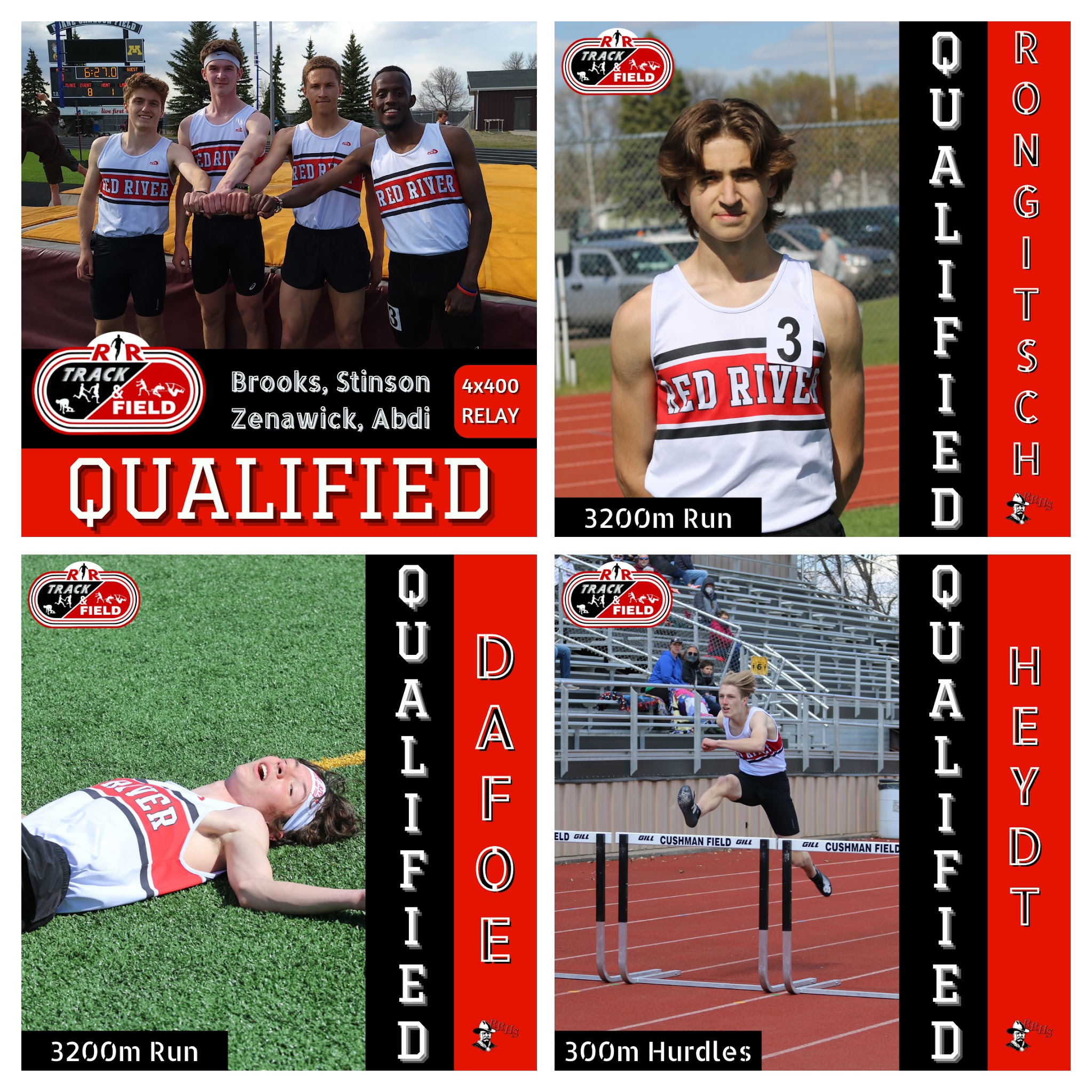 After hitting a nice PR in the 300 hurdles Monday, Heydt bettered his time even more to place first in the event in Minot. His time of 41.98 qualifies him for state. Sophomore distance standouts Dafoe and Rongitsch added their names to the qualifying lists in the 3200m, with Dafoe (10:02.39) placing second and Rongitsch (10:04.74) placing fourth. This season, the Riders now have an unprecedented six athletes qualified in both the 1600m and 3200m, an impressive accomplishment and a testament to the fine work done by Coach Dafoe and Coach Dorsey.

The final meet of the week was the EDC Boys JV Championships, held Saturday at Cushman Field. Warm temperatures and almost no wind brought out some great results for all of the athletes. In a great effort, the boys finished second behind Davies in the team standings.

Top scorer at the meet was freshmen Ben Strand, who placed in three events and scored 17.5 points Saturday. A highlight was his runner-up finish in the 110m hurdles with a PR time of 18.90. He also placed second in the HJ (5’2) and teamed with freshman Grant Hoffarth, sophomore Grant Lelm, and sophomore Quinn Nelson to place third in the 4×200 (1:43.26).

We have come to the final week for many athletes. Some athletes will have their last competition of the season at the Bob Zimney Last Chance on Monday. Other athletes will compete at the East Region Meet on Friday. Both will be at Cushman Field. State qualifiers will continue on to the State Meet in Bismarck, which will be held on May 28-29.

“What are the 10 letters of the pirate alphabet?…Aye-aye, arrr, and the seven seas.” – Coach Lloyd